THE EDGE OF SUNDOWN antho 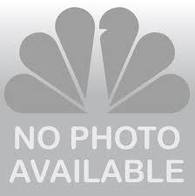 NOTE: Author D.L. Snell conducted the following interview to give writers a better idea of what the editors of this specific market are seeking; however, most editors are open to ideas outside of the preferences discussed here, as long as they fit the basic submission guidelines.

THE SCOOP
1) What authors do you enjoy, and why does their writing captivate you?
KR: I’m old-fashioned, so my tastes run to a lot of classics: Lovecraft, Hodgson, Machen, and their descendants, T.E.D. Klein, Karl Edward Wagner, Ramsey Campbell. With the exception of HPL and Campbell, these guys have simple straightforward styles that don’t get in the way of the stories they’re trying to tell.

BMS: Lovecraft, for his original vision of horror. Stephen King for being the first author of adult books I ever read and introducing me to the joys of reading. Robert Bloch and Joe R. Lansdale for doing both bleak horror and black comedy so well. Richard Matheson for being the most consistently good and enjoyable over such a long career. And I can’t forget Robert E. Howard for his manly badassery.

2) What are your favorite genres? Which genres would you like to see incorporated into submissions to this market?
KR: I’m obviously a big fan of supernatural horror, but much of the reading I’ve done over the past couple of years has been western-related one way or another—a lot of history, but also novels by Peter Brandvold, Elmore Leonard, and Gordon Shirreffs (who’s probably my favorite western novelist—good pulpy stuff).

BMS: Horror first and foremost, with various flavors of sci-fi and the occasional sword and sorcery fantasy, as long as it’s not too cute and fluffy. As for what I’d like to see for this book, a real blend of honest to god, scary as shit horror with undeniable Old West settings, themes, and characters. I don’t want to see a story, even if it’s a first rate horror tale, that only has the western aspect as set dressing, or a truly great western if it’s not in the least horrifying.

3) What settings most intrigue you? Ordinary or exotic locales? Real or fantasy? Past, present, or future?
KR: Well, this is a western book, so obviously we want stuff that fits into that genre and setting, whether it’s the eerie deserts and mountains, the agoraphobic plains, or more civilized/genteel atmospheres of cities like San Francisco or New Orleans. Cowtowns, Mexican villages, mining camps, Indian villages. Westward expansion could lead to any number of horrific situations in any number of environments.

BMS: I usually prefer modern tales, but in the case of this book we really want stories that feel authentic to the old west. If you have a story you wrote for some other setting, don’t think you can retrofit it with cowboy hats and six guns and think that will be good enough. If it is not first and foremost a true western, then it’s not going to fly.

4) Explain the type of pacing you enjoy, e.g. slow building to fast, fast throughout, etc.
KR: There are lots of different ways to write both horror stories and westerns. Some writers like to come charging out of the gate with an action scene, then settle in for a slow build-up to the story’s climax. I don’t think that’s any more “correct” or preferable than a story that builds slowly from the start. It really depends on what kind of story you’re telling, rather than an overall preference on my part. One thing I do think is missing in a lot of horror fiction is the sense of awe or unease produced just by little things. The recent Japanese-horror films used (and then over-used) this tactic a lot, but you also saw it in Machen and Lovecraft—that twinge of horror you got from something that seemed inconsequential. Or, alternately that gasp of wonder you had, say, when HPL described the awakened Cthulhu as “a mountain walked or stumbled.” That works a helluva lot better for me than a minutely detailed description of a vast alien being.

BMS: While arguments can be made for any type of story, the majority of short stories I really like are fast paced. I like the sense of action they impart. Conversely when it comes to novels or horror movies, I prefer creeping dread. Yeah that’s weird, I know.

5) What types of characters appeal to you the most? Any examples?
KR: I figured that since we’re doing a western book we’d see a lot of laconic gunfighters a la Eastwood but that hasn’t been the case so far. I don’t have any preferences, but I’ll share a dislike: all-powerful characters who know everything about the occult or the Cthulhu Mythos or whatever it is they are going to be up against. Continuing characters and horror don’t mix well in my mind, though there are exceptions. I’m well sick of all-knowing invincible Mythos-busters.

BMS: I always like strong capable characters that nonetheless come up against things they just can’t overcome. It’s the whole feeling of yeah, you might be a bad ass (in whatever field) but compared to this you’re still nothing.

6) Is there a specific tone you'd like to set in your publication? What kind of voices grab you and keep you enthralled? Any examples?
KR: There have been a number of other horror-western and weird western fiction anthologies, but I have yet to see one that emphasizes the HORROR aspect. Most of the anthos I’ve seen have had at least a few stories (often several) that were firmly tongue-in-cheek. That’s NOT what I want for Edge of Sundown. I want HORROR, not broad humor or tall tales or light-hearted bullshit. I want stories that take both genres with deadly seriousness. There can be wit and humor, but these stories should raise goosebumps, not guffaws. As for a specific example, I’ll fall back to one of my favorite horror writers, Karl Edward Wagner. Whether it was his dark fantasy Kane stories or his horror tales, Wagner knew how to tell a story. An unobtrusive voice but always—always—a compelling plot and characters. I’m more of a plot-guy than a prose-aficionado.

BMS: We decided that this anthology was going to be 100% horror. I want dark, truly horrific horror. No horror-lite, no wink and nod spooky tales, I want the author to first and foremost to try to scare the hell out of the reader. I want feel-bad, twisted, dark as the moonless night, “oh my god I can’t believe I just read that” kind of horror.

7) What is your policy for vulgarity, violence, and sexual content? Any taboos?
KR: My vocabulary is pretty spicy anyway, so I personally have no limits there. Sex and violence are fine too, as long as you have something to say other than just “here’s some tits and gore.” Too much of horror these days relies on graphic descriptions of violence at the expense of pacing and atmosphere and the aforementioned “awe factor.” Writers seem to be rushing toward the “money shots” of knife slicing skin, bullet tearing through flesh, or teeth ripping throat. I’d rather see something strange and unearthly instead.

BMS: I’m fine with vulgarity; it’s a form of expression I’m fairly familiar with, as long as it’s warranted. Violence, I like violent horror. While not essential to tell a good story, I grew up in the 1980s reading plenty of splatterpunk. Sex, as long as it’s not just tossed in to be titillating and nothing more, I’m fine with it. As for taboos, for me it would be the victimization and sexualisation of children. No one wants to read that, and if you do, then this is not the book for you.

8) What kind of themes are you seeking most in submissions to this market? In general, what themes interest you?
KR: I strongly prefer supernatural or cosmic horror, though I can definitely see possibilities for psychological horror as well. Sadism and torture porn usually have no draw for me, though there are exceptions. As I said earlier, westward expansion brought people into a big, wild, unexplored part of the country, and I think that’s something worth pursuing: the vast wildernesses, what lies in wait out there, what men can do to each other once they’ve left civilization behind. There’s also the angle of expansion and greed outstripping man’s caution, his rapaciousness and disrespect for the natives and the environment, and so forth.

BMS: I’d like to see more than the typical tough and stoic gunman fighting some monster that might be the first thing that comes to people’s minds when you say ‘horror western.’ To be sure, there is room in this book for those kinds of stories, but the American Old West was so much more than that. I’d like to see tales from all the other amazingly colorful characters that populated that part of the world in that time. Naturally, I’d like to see elements of the Native Americans, from characters to parts (and/or monsters) from their rich mythology. Perhaps an immigrant from the ‘Old World’ has brought some of his horrors and nightmares with him to this wild New World? Also cosmic horror a la H.P. Lovecraft and how that would interact with the people of the old west would also be a cool idea. Or non-supernatural horror, if it’s truly engaging.

9) Overall, do you prefer downbeat or upbeat endings?
KR: I’m pretty pessimistic, so I tend toward the bleaker side of things, whether it’s in my own writing or the stories I select. I don’t mind happy endings so long as there’s some cost involved for the survivors. Brushes with the supernatural should always leave scars, whether physical or psychological.

BMS: Either, but if I had to lean one way or the other, I’d lean toward downbeat. Not only does it feel more horrific to me, I think too many of today’s horror stories have happy endings.

10) Any last advice for submitters to this market? Any critical do's or do not's?
KR: Take the western and horror genres seriously. DO NOT play them for laughs. Make me shiver, whether it’s with a horde of zombies breaking down the cabin door to eat the man and his son—who have just one bullet left—or the sight of the Thunderbird blocking out the sun as it soars over the desert. Write great stories.

BMS: Make sure you are well versed in both the old west and what makes a good, scary story. Also avoid the clichés, not every whore had a heart of gold or were soiled doves in the Old West. Some were just mean, nasty, could-give-a-damn-less-about-anyone whores. That’s just one example, there are countless others, so be warned.

For more scoops, go to www.dlsnell.com.

D.L. Snell writes with Permuted Press. He edited Dr. Kim Paffenroth thrice, John Dies at the End once, and provided a constructive critique to Joe McKinney on his next major novel after Dead City, Apocalypse of the Dead. You can shoot D.L. Snell in the head at www.dlsnell.com.