After being harassed for a tip by an Eat'n Park waiter and being called "weird" by a bald pedophile, I was looking forward to what Saturday might bring. Never would I have guessed that I'd end up in a sexy situation with Ken Foree. But let's save that for later...

First thing that morning, I sat on a panel called "Zombie Authors Round Table," along with guys such as Jonathan Maberry and Kim Paffenroth. Like a true zombie horde, the panel outnumbered the audience...
Dr. Pus asked us questions like "Why zombies?" and "Fast or slow?" Here's how I answered those two:


Q: Why zombies?
A: I just like watching people get shot in the head.

I elaborated on both answers, of course, and I believe Zombie Zak recorded the whole thing, so you might even get to see it sometime soon. Everyone did a great job and was very insightful.

Later that day, I attended Jonathan Maberry's panel. I can't even tell you how encouraging this guy is, and how informative. He's not only a great storyteller, he knows the business: Jonathan got paid seven figures, I think, for a two-book contract in the young adult market. I picked up the first book, Rot & Ruin, which you can find in my Authors bookstore (I've updated the store, by the way, with titles featured at Horror Realm--except for Permuted titles that are found in my Permuted store).


Anyway, Jonathan has an inspiring philosophy. He says the business of writing is not a competition, but a cooperative effort: the more success one author has, the more success another will have, so it makes sense to help each other out. I completely agree. If you have a chance to see this guy at a convention, take it. He's awesome.

Okay, so now it's sexy time with Ken Foree. Most of you are probably imagining lubes and ticklers and zombie makeup--but I've led you on. The truth is actually anticlimactic: I attended Ken Foree's panel, and it happened to be about his sexual exploits, none of which include me. Ken told us about his heyday, one movie shoot in particular where he took just about every woman, including a newlywed. "Judge me if you want," he said. "I'm just telling it like it is. This is what happened." Telling it like it is: a twenty-something blonde followed Ken around the convention; eyewitnesses even saw them kissing. Ken, you dog, you! 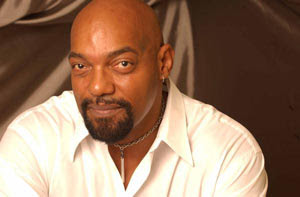 At the end of the day, I went with Jacob Kier and Tony Monchinski to see Inception. Pretty good film, although I wish they had done more world bending; that was my favorite part. I definitely was expecting more of a mystery, but it was more of a thriller. "A heist movie" is how Jacob described it. Definitely worth a watch!

Come back soon for the final installment of Horror Realm 2010: I'll be talking about how I almost slept in and missed the plane home because Jacob Kier and I stayed up all night, wondering why anyone would want to send a zombie back in time...


D.L. Snell writes with Permuted Press. He edited Dr. Kim Paffenroth twice, John Dies at the End once, and provided a constructive critique to Joe McKinney on his next major novel after Dead City. You can shoot D.L. Snell in the head at www.exit66.net.